Tydiditt is an emerging producer and engineer and manger from Harlem NY. Ty has been engineering for six years and producing for a year and a half and still feels he is a “dark horse” in the New York underground music scene. Ty’s introduction to music differs from others, having a background in athletics Ty din’t even think about music until he received a Mac Book Pro as a HS graduation gift and a friend brought it up to him that he can record music on it. Find out more about Tydiditt and what he has planned for the future.

Can you tell us a little bit about who you are and where you’re from ?

People call me “Ty’ or Tydiditt, I was born in Harlem, I’m from 40th n Lenox Delano Village, now Savoy Park. I also stayed in the Bronx until I was 3, that’s when I moved to St. Louis, Missouri for 6 years before I moved back to Harlem, back to Lenox Ave. Currently I’m 27 years old, I’ve been engineering for 6 years and producing for a year and a half. I feel like I’m a dark horse in the New York underground music scene. I’m also a manger. My artists name is “Jigga”.

What inspired you to produce/engineer ?

Honestly I don’t have a music background. I have a sports background I played football, ran track and field, and played lacrosse. I Literally  received a Mac Book Pro for my high school graduation in 2010 and my friend “Cheez” said you know you can record songs on your Mac Book right. I was like “Deadass” and we made a song,, after went on YouTube got a beat, loaded it up and recorded, that’s how I got into it. When I went to St Augustine’s College in Raleigh, NC [An HBCU ] I started recording more to the point me my friend Cheez and my friend Carrignton who I met down there stayed up all night making songs missing our morning classes. In 2012 once I came back home I really started to take it serious that’s when I started my own home studio. I Started producing in 2018. The reason I started producing is because I got tired of people asking me if made the beat, overtime I showed somebody my mix. Plus when I did more music business research I noticed how important the producer is and if I can do both I will have more business opportunities for myself to get into the industry, just making myself more valuable. I also taught myself how to engineer. I met a producer & engineer named Enemy who taught me how to arrange beats then I took the rest from there.

LEVELS!!! If the levels are not good on your mix or your beat mix, its over. Your gain staging is a major key before any type of effects, and they are both the foundation for a artist sound 1 and 2. They differ to me the most in sound design. Mixing sound design is different than sound design for beats. You have to learn envelopes, time signatures, keys, chords, programming for beats, and mixing how to mix vocals into a 2 track, how to create headroom for your master, different vocal revert plates like the list goes on man.

What artist have you worked with ?

The people in my camp first and for most Cindo who is also a music director, my artist Jigga, and Cindos artist Pocahontae. Outside of that Billionaire Black, A1 Eazy (R.I.P) Hooliganradguitar5 (R.I.P) Zay Nailer, Jalil, Fergie Baby, Angel The God, Kali Makaveli, Micheal From The East, 3rdbaseJiggy, K $auXe, Skeezy Reek, Lenox Louis, Zeyhi who is a morbookings artist.shout out to morbookings too.

What is your opinion on the state of NYC Hip-hop?

I love it right now I truly feel like we are next up, they next goal for us to but they beefs aside and all come together to become a force once again. Its a whole lot of different sounds bubbling out here now that’s really dope. Have to give to Cardi B and 69 even though he a rat and we don’t condone that shit but as far as bringing the attention back that was a positive.

What producers/engineers besides yourself do you feel are on the rise in NYC?

Everybody in my producer camp “T.M.G.G” Maino Traxx, G-Real, and Flowa. My bro Berto, Lenox Louis, Dj Monay, Sammyondabeat, Xav from SODA its a lot out there man. We Def Coming up!

If you can produce or mix a track for any artists, who would you pick ?

Since I do both I’m choose two. I would want to produce a track for Wiz Khalifa that’s the second person who really got me into music just by listening to him so its only right, I would want to Engineer for Dom Kennedy I don’t know whats going on with his mixes but I need to bring him back cause who going to right now not cutting it holla at me for your albums Dom, facts!!

Any projects or artist that you have collaborated with that may be dropping soon ?

I worked on Fergie Baby’S 1st tape “Are u dumb” volume 1, Lito “Different Sides”, I released my first instrumental tape last year in April called “Drip” on Bandcamp and Spotify. Skeezy, Reek has a project entitled “Perfect Timing” Hosted by DJ Big Mike The Ruler coming soon. I also have a project with Zay Nailer, Pocahontae, as well as “After Hours” Me and Maino Traxx produced and recorded with tracks with artist from all over New York, that’s sneaky right there. And finally I’m going to release another beat tape soon but for now u can go on traktrain.com/tydiditt if you need beats now.

Be sure to stay up to date to all that’s going with Tydiditt by following him on Instagram. 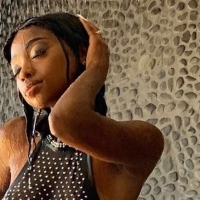 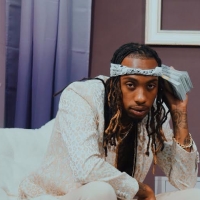 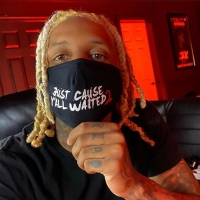 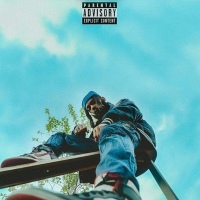 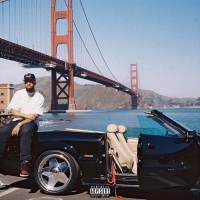