Bronx, New York and Highbridge The Label Artist Don Q is revered as one of the best lyricist in his city, so whenever Don drops you can expect heavy bars and a lot of metaphors to fly over your head off of first listen.

Don’s latest track/visual “I’m The One“. The DirectorPicaso visual looks to be shot in Don’s Highbridge neighborhood and features several members of his team. Don flexes his jewelry and fast cars in the visual while alerting the city that he’s back.

It’s been a while since we’ve got new music from Don but this week alone he has blessed fans with 2 new bangers.

It is good to see Don back working with frequent producer Honorable C.N.O.T.E hopefully that means we’ll be getting a new Don Q tape soon. 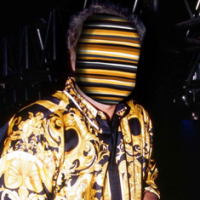